Chinese Whispers is a creative experiment featuring the interplay between perception and interpretation in a process of visualisation that is akin to a children’s game commonly called “Chinese Whispers” in the UK. 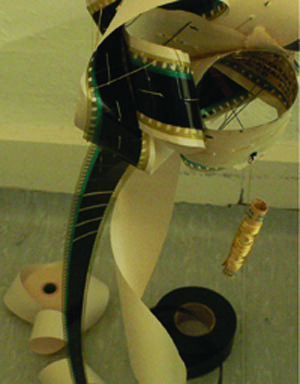 This game, known by many other names, refers to the difficulty of hearing something whispered in an unknown language, giving rise to individual interpretations. It is a simple performance of telling and re-telling, but in distinctive voices with each reiteration. In this exercise of visualisation, a group of volunteer art students were assembled. The students were told that the aim of the process was to ‘launch into visual response in material form (ie, paint, collage, assemblage, etc.) which was stimulated by the poems’.

Then, two poems were distributed: one by Wallace Stevens (Anecdote of the Jar) and one by Jim Carruth (Seasons). Students were asked to respond visually to each of these separately, to make two visual works, but not to discuss them with anyone or speak about the poems.
This non-verbal condition was emphasised to prevent discussion, collaboration, or external influence of any type, promoting individual subjective responses. 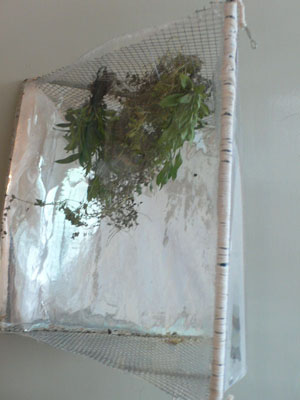 Next, ten published poets examined the resultant artwork (both 2- and 3-dimensional pieces). The poets had no idea of the two poems as an originating source. They simply responded to their chosen piece, writing a poem that was ‘launched by their response to the art.’ Like the artists, they were asked not to describe in a literal sense, but to rise to the challenge of an open-ended impulse. Additionally, poets were asked to keep a brief diary or journal, recording their thoughts along the way.

This has been repeated with invited and more established artists as well as some students in the next round of art-making, and then other published poets again in separate further stages, each working only from the preceding creations. What becomes apparent at each stage is the nature of subjective and individual interpretive process, featuring unique and idiosyncratic associations, particular understandings, and singular creative imaginings. 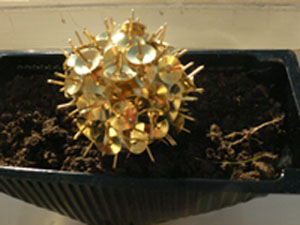 Selections of this work will be exhibited in a linear fashion, but with added offshoots documenting the creative process for both artists and writers. Finally, as a curatorial process, each stage will be linked to the preceding steps, allowing a viewer/reader the overview denied to each participant. Notes, working drafts, comments, photos and documentary thoughts will also accompany these final pieces in what will come to resemble “Chinese Whispers,” –a visible process of translation and interpretation.

This research is ongoing.