In the Humanities, ambiguity has often been valued as the basis of depth, subtlety and richness in art. Its role and function in art is also the subject of much debate in contemporary empirical approaches to aesthetics: ambiguous works offer a particularly complex kind of cognitive experience in which a reader or viewer has to navigate multiple meanings and cope with indeterminacy. 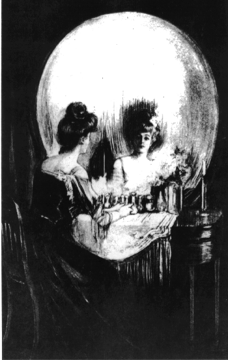 Understanding how we do this, and why the experience is enjoyable, seems to promise insights to cognitive processes and the evolution of art in human culture.

One possible reason that ambiguity is so important to art and literature is that it offers us the chance to be innovative in our interpretations. Faced with a work that has multiple meanings or seems vague, we have to actively use our own ideas and judgments to find meaning. In this sense, studying how people respond to ambiguity is also a way to study creativity.

Ambiguity is also interesting because it marks a tension between the disciplines and the methodologies they employ. Literary language is often distinguished from scientific discourse in terms of ambiguity and clarity, and it is in these terms that many of the debates about the differences between the ‘two cultures’ of Science and the Humanities have been argued. From one perspective, the apparent ambiguities of literary criticism and philosophical aesthetics have been challenged as ‘fuzzy’ thought, whereas from another, the scientific desire for clarity, stability and constancy has been decried as reductionism. Looking at the role of ambiguity in the different disciplines therefore is one way of considering the relationship between them. 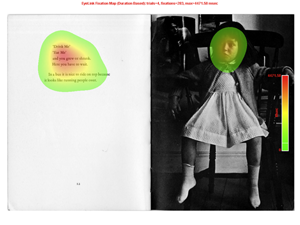 Heat Map of Positives by Thom Gunn and Ander Gunn

Team members at the University of Dundee recently conducted a set of experiments addressing these issues. We used 10 co-researchers, and used two sets of poem-photo combinations, one of which was judged to be considerably more ambiguous than the other.

There were no identifiable patterns in terms of how individual CRs rate the works. Photographs featuring human figures were felt to be easier to interpret, with all CRs basing their interpretation on the figure's apparent emotional state. These images were seen to help disambiguate the poetry. More abstract images, such a close up of wood grain, were considered much more ambiguous in themselves and were thought to make the poetry presented alongside them more ambiguous. When images and poetry were presented together, there was a tendency to assume the images were produced to accompany the poems, and not vice versa.