Artists’ books are artworks that use the material form of the book as a medium of creative expression. In contrast to fine press printing or illustrated editions, the visual, tactile and aesthetic features of artist’s books are not secondary to their textual content. Indeed, many artists’ books do not contain words but rather work with images, papers, shapes, and folds, to foreground the experience of interacting with the book as an object.

With the exception of some unusual works, such as William Blake’s folios for example, artists’ books are a twentieth century phenomenon, and can be understood as developing in relation to forms of mass reproduction and mass communication which appeared in the late nineteenth and early twentieth centuries. In this light, they raise questions about the role of the book in the age of mass media and about its status as a cultural object.

Generally speaking the book is a mass-produced object, and considered to be of less importance than the information it conveys through the words on its pages. However, artists’ books are often unique works in which the material properties of the object itself take on significance. In this way, it might be tempting to see artists’ books as a reaction against mass-production and mass media, however such an interpretation is complicated by the fact that artists have often used mass-produced materials, such as newspaper cuttings and cheaply reproduced images, to create their books.

Certainly it is as a reaction against mass media that the most famous precursor of the Twentieth Century artists’ book, Stéphane Mallarmé’s le Livre (the Book), was conceived. Mallarmé imagined this work as a synthesis between thought and its embodiment, envisaging the possibility of creating “the divine and intricate organism required by literature” (83) Such ideas were important for many of the artists and writers of the pre and inter-war period, and early Twentieth Century movements such as Dada, Futurism, Constructivism and Surrealism all produced book-works. 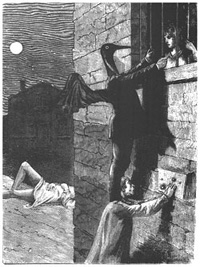 In the 1960s and 70s, the form of the artist’s book became increasingly popular and more widely explored. The form played a major role in the creative practice of artists such as Alison Knowles, Dick Higgins and Dieter Roth, but many other well-known figures also experimented with the form, such as Ed Ruscha, Andy Warhol, John Baldessari and Martha Rosler.

‘The Far Country’, by Carrie Galbraith

Today, the form of the book continues to inspire artists and writers. Likewise, research and interest in book-works continues to grow.

Jerome Rothenberg & Steven Clay (eds). A book of the Book: Some works and Projections about the Book and Writing. New York: Granary Books, 2000.

See also the website of the Book Arts Centre, in Bristol